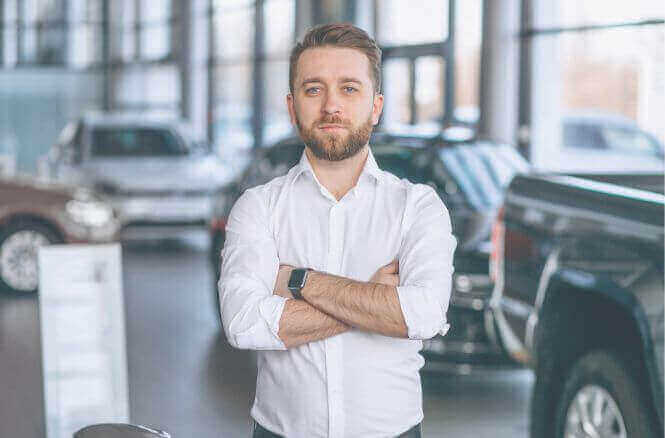 A vision of boosted abundance from new existing technology businesses

At present, who has not been a participant in a conversation where one of the interlocutors brings up the story of a company such as Netflix, Uber or Airbnb, highlighting how quickly they are ending traditional business? More and more cases of new companies from different industries that capture the attention of the general public, because with their disruptive, innovative and technology-based business bets, have become a threat to several of the traditional businesses, reaching Even to disappear them.

While these isolated stories are interesting and are an indication that something new is happening, beyond seeing them for their short-term impacts on one or another business, they invite us to question, are these companies really a threat? the real change they are generating ?, what explains their growth and accelerated success ?. From a broader perspective, these companies are altering global dynamics and generating long-term impacts. The technological transformation as a fundamental basis for the development of these organizations has allowed them to become facilitators of a global transition from a vision of scarcity to a vision of abundance.

What does it mean then to move from a vision of scarcity to one of abundance? The global dynamic has been governed from the shortage where there is a finite number of products, goods, capacities or resources and an infinite number of needs and desires to supply. This gap makes the products have a greater economic value which is transferred to the final consumer. The foregoing restricts the possibilities that products can be acquired massively and as a consequence we live in a world where the distribution of resources occurs inefficiently. This has been the perspective from which we have understood the world, however for a few years this vision is beginning to take an unexpected turn.

The technological transformation has become an exponential facilitator so that goods that were once perceived as scarce are now abundant, that is to say that they are universally accessible, of mass adoption, at a lower cost and that enable a world of possibilities that did not exist before. As Peter Diamandis states in his book Abundance1, technology is a resource-freeing mechanism. For example, what was previously considered scarce, expensive and for a few, such as cell phones, thanks to technological advances, have become, in a globally abundant device with a penetration greater than 66% 2 and at much more prices accessible. The fundamental change that new technology-based companies are beginning to drive lies in generating a global transformation from abundance creating disruptive businesses from resource release spaces.

One of the clearest forms of abundance is the optimization of infrastructure and resources through the use of technological platforms. A movement of companies has begun to emerge that, from a perspective away from scarcity, identified underutilized and potential physical spaces to capitalize on, creating new businesses from these. While many label Airbnb as the biggest threat to hotels, this company has achieved a large-scale positive impact by enabling new accommodation spaces in houses and apartments, at a lower cost than a traditional hotel. Since the efficient use of this infrastructure, in addition to generating more option for travelers, it has also created possibilities for infrastructure owners to obtain additional value from their assets.

Likewise, local initiatives such as Nidoo, turned the vision of parking shortages in the city of Bogotá, to one of abundance recognizing that there are numerous parking lots available in houses, offices and buildings of the city. From this they created a business that enables more than 11,000 new parking options for vehicle drivers, simultaneously giving parking owners the opportunity to generate an average of $ 1.5 mm 3 a year of additional income from an infrastructure that was previously underutilized.

In the transport sector, a better use of current resources and capabilities is also becoming evident through technological platforms such as Uber or carpooling. These platforms have facilitated the existence of new, more efficient and economical forms of transport, and at the same time they have allowed a service that only few could offer (taxi drivers), now available to anyone who has a vehicle. Waze, from a different technological proposal has also helped to optimize the use of the roads based on a collaborative model in which the users themselves become content creators and contribute to the efficient use of the road system.

Another form of abundance lies in technological platforms that, by directly connecting the consumer with the supplier, release the need to use expanded physical infrastructure, optimize processes, complex logistics chains and eliminate a large number of intermediaries. As a result, product costs are reduced compared to those of the traditional retail business, making them more accessible, more abundant. The best example of this abundance creation is Amazon. This platform has managed to bring the consumer closer to the supplier, without using physical spaces such as the warehouse for stock or the points of sale. The above has generated a more massive market with access to a broad portfolio of products.

Similar companies, such as OLX, have also boosted the dynamics of abundance by promoting the reuse of resources through the constant purchase and sale of second-hand products. In this way, products that have been discarded, remain available and in force so that other people who need them can buy them at a lower cost than a new product. According to a study by OLX, in 2016 Colombians bought $ 2.2 billion pesos in six of the country’s best-selling items on this platform. The study also allowed to make evident the large volume of underutilized articles that exist in homes and that could be available for someone else to take advantage of. According to the study, each household could have an average of up to three items for babies, two furniture, a bicycle, a computer, a television and a cell phone that it is not using and could sell4. OLX through its technological platform has made visible this huge amount of products that exist and facilitates their commercialization.

In addition to the efficient use of physical resources and infrastructure as well as all the new possibilities that result from this, there is another form of abundance that has been possible thanks to technological advances and companies that have managed to intelligently take advantage of these advances. Access to large volumes of information and content in different formats whether in text, music or video has transformed the world. It is unsustainable to say that the information to which we have access is scarce. On the contrary, the volume of content to which we are exposed today through different platforms is so wide that there would not be enough time to process all this information that is produced today.

The biggest enablers of abundance of information have been companies such as Google and Wikipedia that drive content creation permanently and make it available to all users. These companies recognize the value of sharing information and making it accessible to all. Recently Google created a telephone line in Colombia so that those who live in remote areas and who do not yet have access to a smartphone, can call the telephone line and from there make any questions as if they were doing it from a mobile device with access to Internet. This is just one of the multiple actions that technology companies lead to generate more information.

In the entertainment industry, companies like Netflix or Spotify that also recognize the value of making content accessible in different formats to mass audiences are not far behind. Through their technology platforms, these companies have generated new possibilities to bring users to new and varied music and video content without incurring high costs, but they have also allowed artists and producers to approach their audience in a way different. Today Spotify has reached around 170 million active users per month5 and Netflix reaches 130 million subscribers.

An individual and short-term vision would suggest that companies such as those described above are a threat that are ending traditional business. However, taking distance and looking at reality from a broader perspective and on a long-term horizon, it is possible to reach contrary conclusions. In this case, the effect of technology and the use that disruptive and innovative companies have given it, is changing dramatically the global dynamics, enabling numerous new possibilities based on the optimization of resources / infrastructure and making available more products, resources, content and information. The growth and success of these companies has been based on their ability to understand the world from abundance and to generate value from this.